As the S&P 500 tests its record high from last year, the Short-term-composite has already started to unwind, a potential bearish divergence. Alternatively, the unwinding could be bullish, preparing the chart for the next market leg higher, to new record highs. 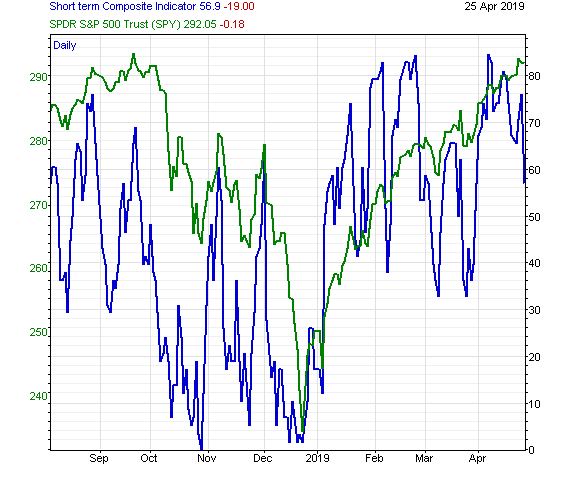 Note - Trades will be executed on today's close.

The P&F chart for the S&P 500 shows the present test underway of the medium-term range, its ceiling being the record high. 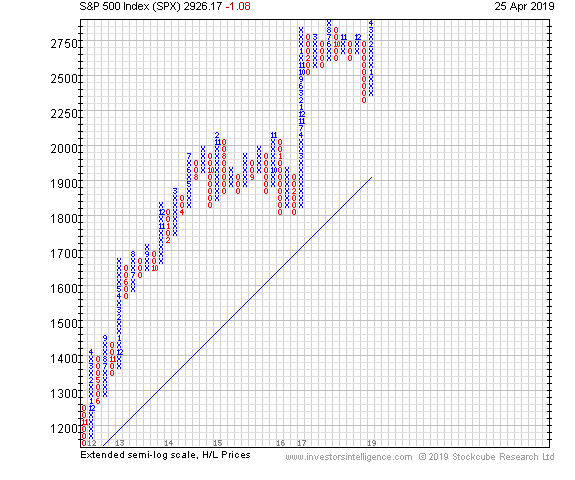 The DJ Transports Average has encountered resistance from December 2018. The 14-day RSI shows a bearish divergence, suggesting a short-term consolidation at least. 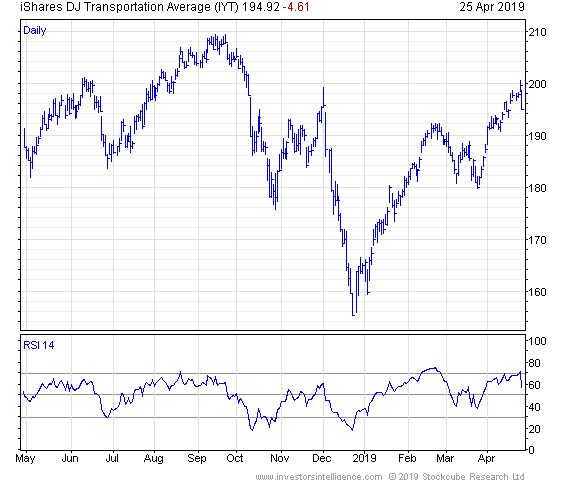 The Spain Index ETF is attempting to find support from its rising 50-day exponential moving average. The 14-day RSI is at neutral, attempting to turn up. A drop under $28 would end the 2019 uptrend. 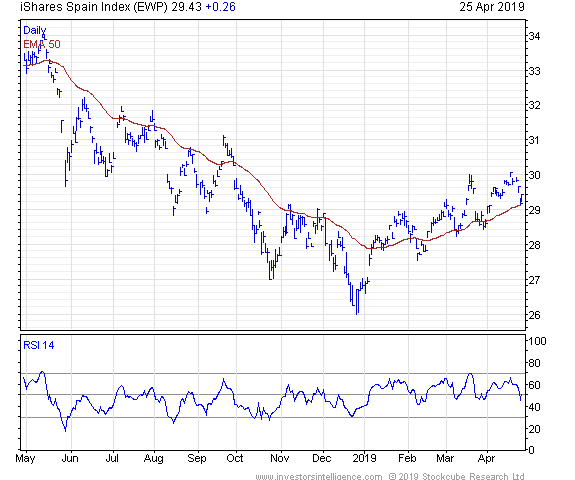 The British Pound Sterling Trust has pulled back over the past two months. Support is nearing from $124, with momentum nearing its range bottom. 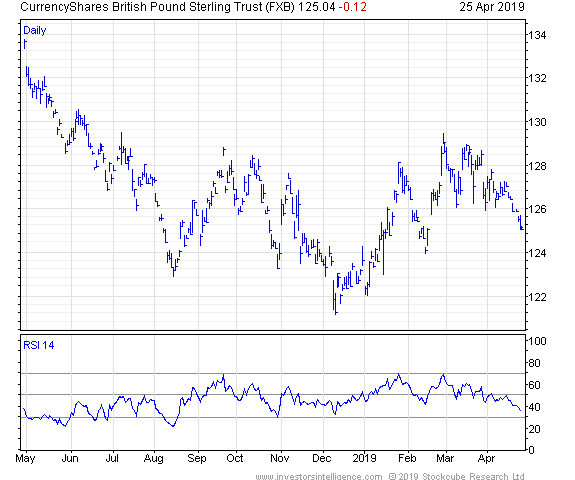 The United States Oil fund is lower by 3.4% today, resulting in a test of uptrend support. Momentum is unwinding from overbought. 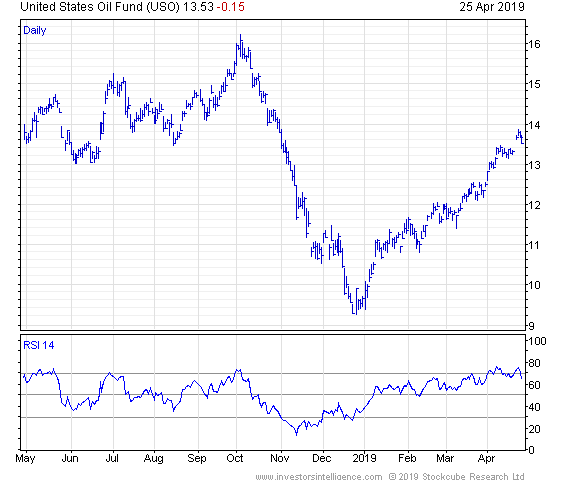 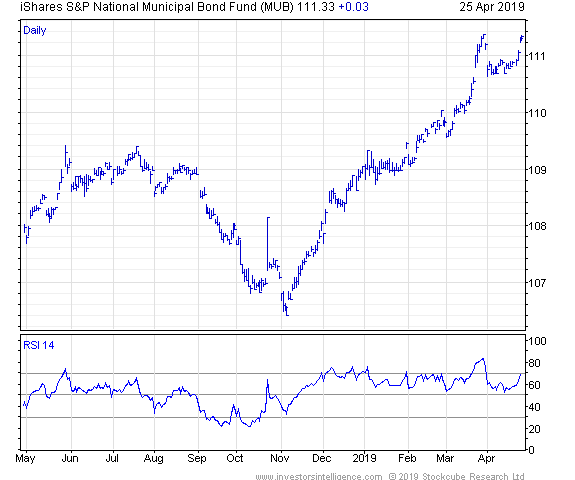 MODEL PORTFOLIO
Model Portfolio Notes
Opening of positions – Positions are opened on the immediate closing price following the report.
Stops - Two flash crashes (2010, 2015) and occasional bad prices have forced us to drop strict stops. Positons will no longer be stopped out but we shall suggest a region as to where we MAY exit.
Closures - With positions not being stopped out, we shall only exit positions via advice in the report. When we exit a trade, the next closing price is used.
Allocation – Each trade is allocated 5% of the portfolio.
Recommend a friend! Tell your friends to mention your name when subscribing to Investors Intelligence, and get a months free access to a service of your choice! For more information, email support@investorsintelligence.com
Also available online at www.investorsintelligence.com. Unauthorized forwarding, copying or reproduction of this report will be treated as a breach of copyright. To subscribe, visit the website or contact Investors Intelligence on +44 (0)20 7352 4001 or email support@investorsintelligence.com.


This report has been produced and compiled by Investors Intelligence, a division of Stockcube Research Limited which is authorised and regulated by the Financial Conduct Authority. It is distributed by Stockcube and is provided for information purposes only. Under no circumstances is it to be used or considered as an offer to sell, or a solicitation of any offer to buy. While all reasonable care has been taken to ensure that the information contained herein is not untrue or misleading at the time of publication, we make no representation as to its accuracy or completeness and it should not be relied upon as such. From time to time Stockcube and any of its officers or employees may, to the extent permitted by law, have a position or otherwise be interested in any transactions, in any investments (including derivatives) directly or indirectly the subject of this report. Also Stockcube may from time to time perform other services (including acting as adviser or manager) for any company mentioned in this report. The value of securities can go down as well as up, and you may not get back the full amount you originally invested. Derivatives in particular are high risk, high reward investment instruments and an investor may lose some or all of his/her original investment. If you make an investment in securities that are denominated in a currency other than that of GB Pounds you are warned that changes in rates of foreign exchange may have an adverse effect on the value, price or income of the investment. The investments referred to herein may not be suitable investments for all persons accessing these pages. You should carefully consider whether all or any of these are suitable investments for you and if in any doubt consult an independent adviser. This report is prepared solely for the information of clients of Stockcube who are expected to make their own investment decisions without reliance on this report. Neither Stockcube nor any officer of Stockcube accepts any liability whatsoever for any direct and consequential loss arising from use of this report or its contents. This report may not be reproduced, distributed or published by any recipient for any purpose without the prior express consent of Stockcube.

back | back to top